Farmhouse in Castelplanio upon the Castelli di Jesi 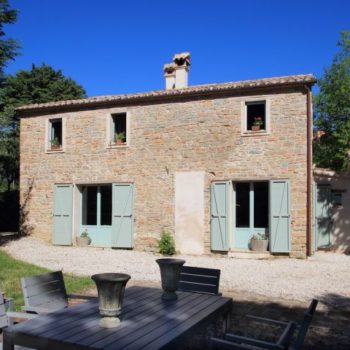 Fonte di Castelplanio, a farmhouse upon the Castelli di Jesi

Fonte di Castelplanio is a farmhouse built in the late nineteenth century near the village of Castelplanio, in the area aptly named Castelli di Jesi (i.e. Castles of Jesi), famous for the production of the excellent Verdicchio white wine, and is completely made of sandstone, which makes it very impressive.

The outside walls of the farmhouse are in sandstone in fact, the building was already beautiful and in excellent condition, with particular stones and a division that was not necessary to change, except for some superfetations to enhance the aesthetic value of the place. The house was left as it was originally: with the same saddle roof, with the same openings and the oven and the internal structures, including the ceilings, remained unchanged. Concerning the latter, the only change was represented by the use of some reinforcement beams. The slight changes have helped to preserve the energy and the typical features of the place.

Only the flooring has been replaced: in fact, once the ground floor of the farmhouses were not inhabited as part of the house itself, but were used as a stable or cellar, where the animals or products were stored, and were actually rooms for working. Therefore, in order to use this area, the environment was ventilated and the flooring in terracotta mixed with earth was recovered. After proper cleaning and grouting, it was also possible to keep the ceilings, in this case it was made earthquake proof.

On the ground floor, where once were the two large rooms used as stables, today there are the living room and the kitchen area. On the upper floor were then obtained four bedrooms and three bathrooms, as well as a small closet. The surrounding land is on more levels, it has the function of entrance and parking area as well as hosting a swimming pool, overlooking the green hills of the “Castles of Jesi”.

There is also an outbuilding, but it is not ready to accommodate guests. 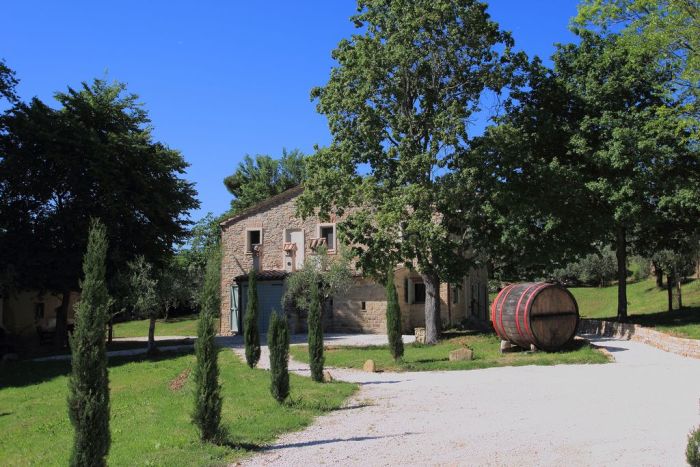 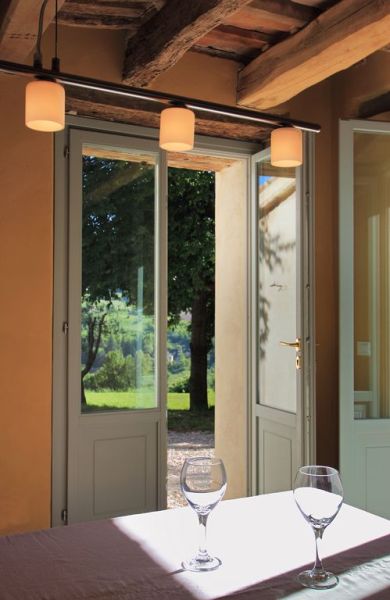 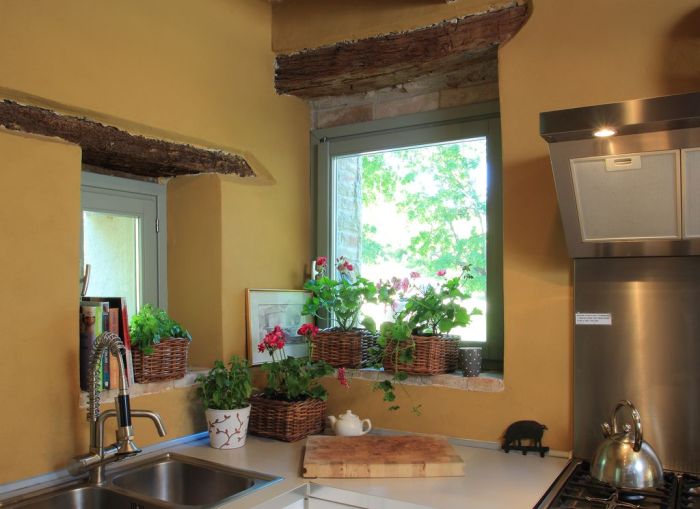 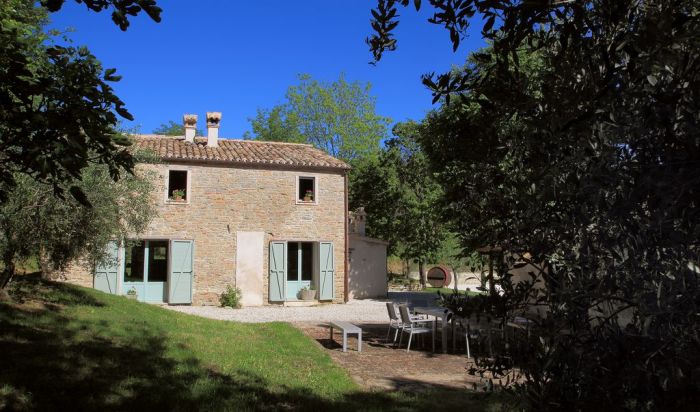 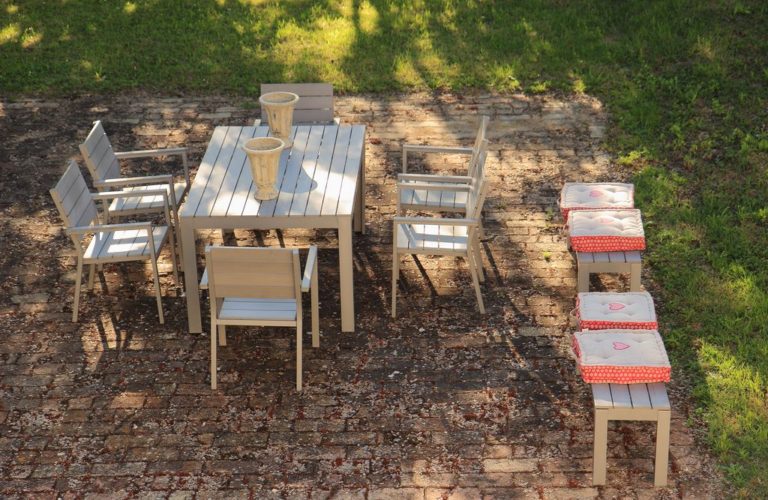 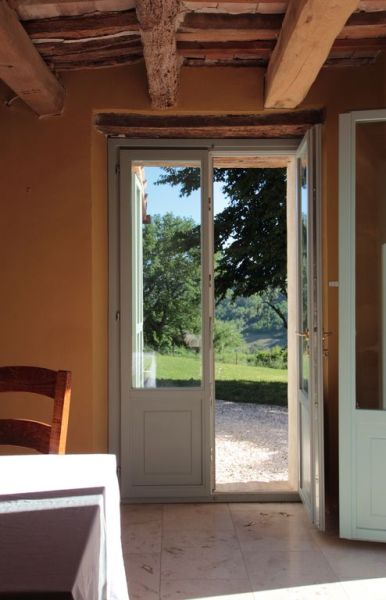 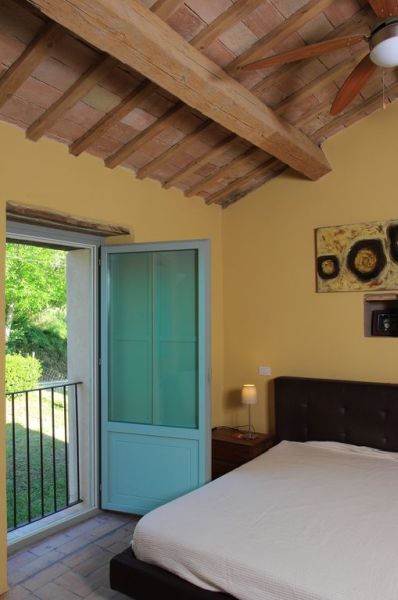 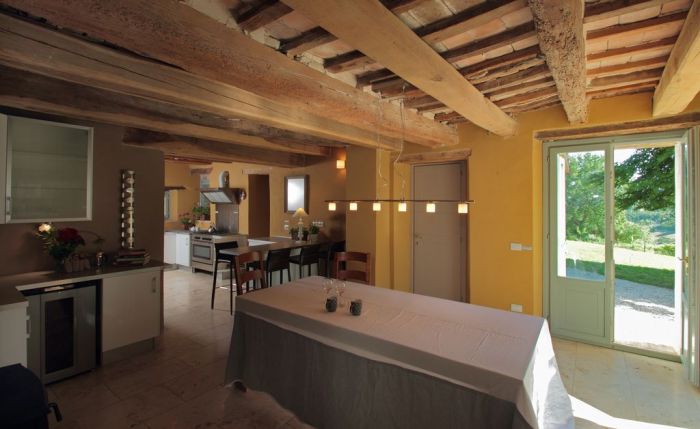 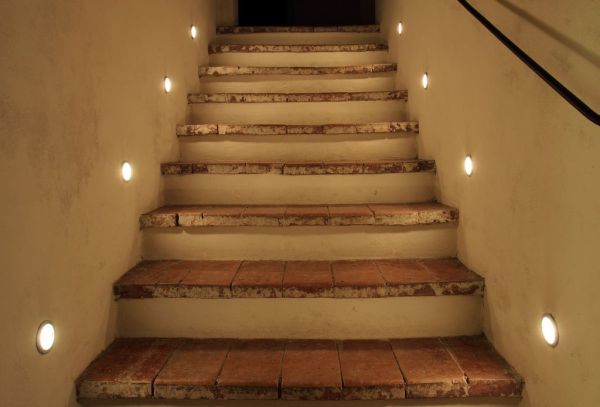 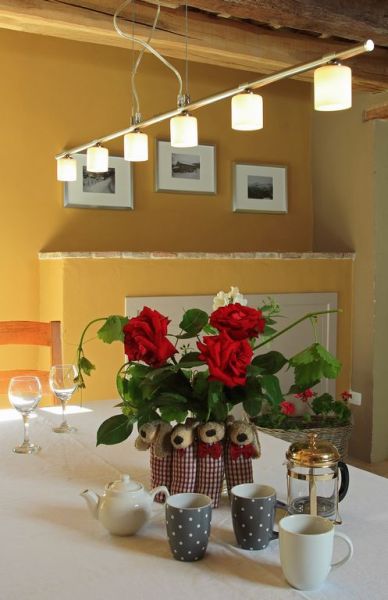 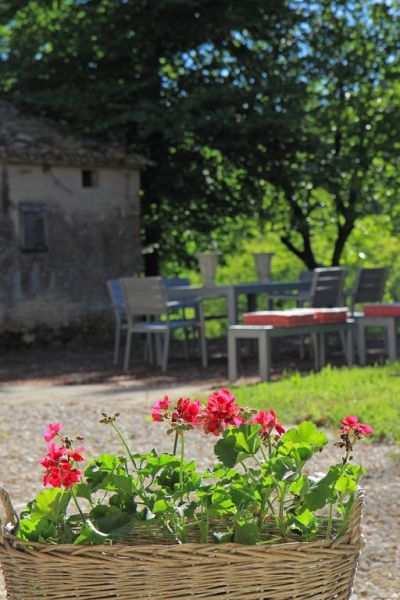 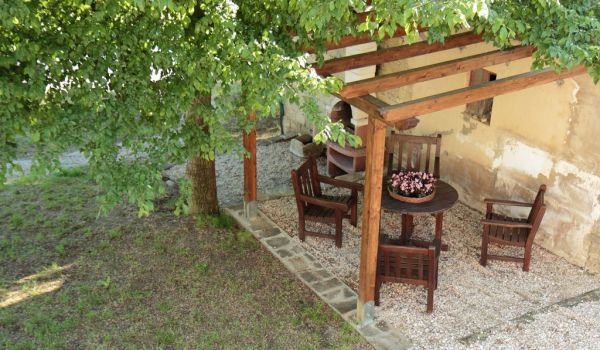 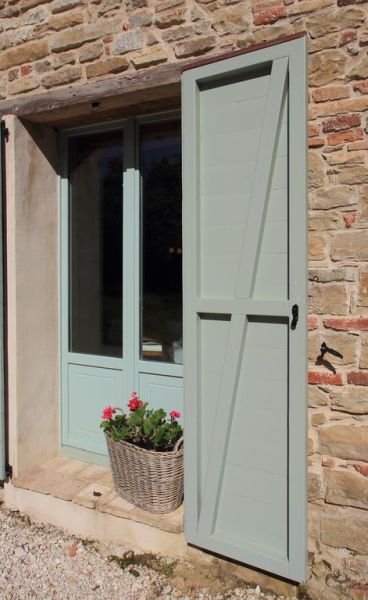 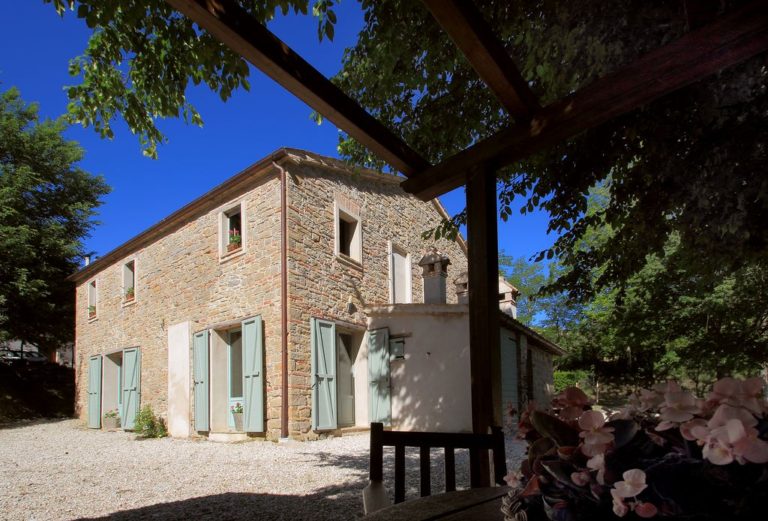 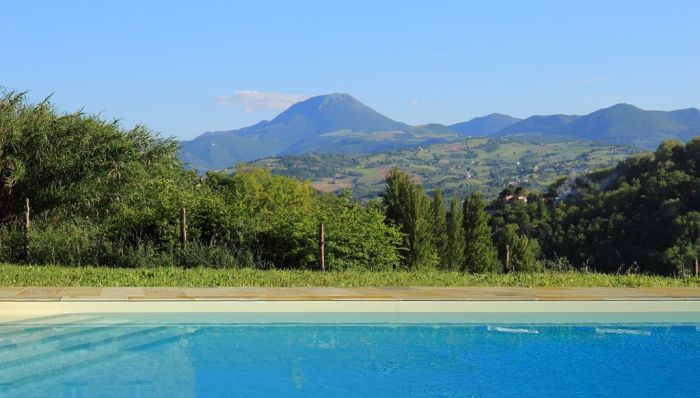 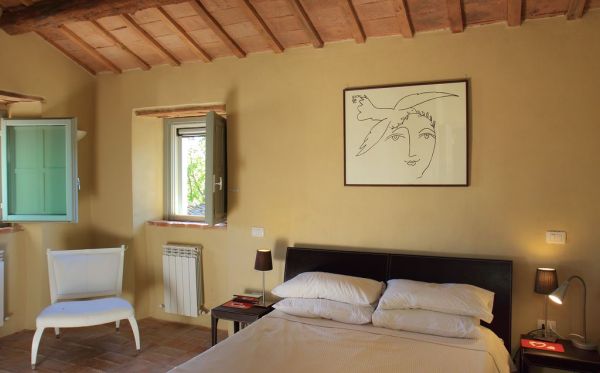 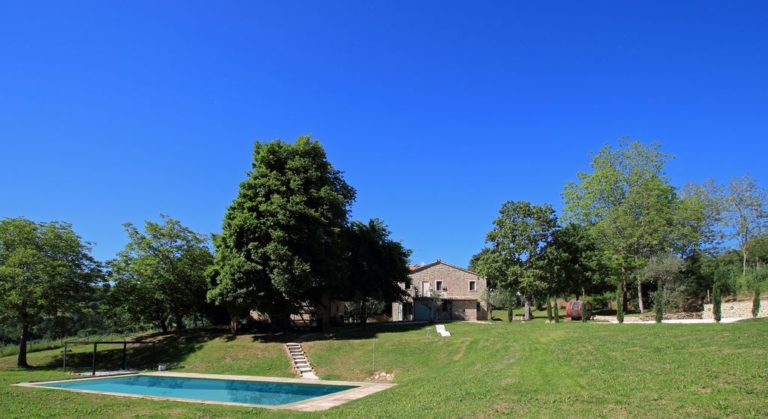 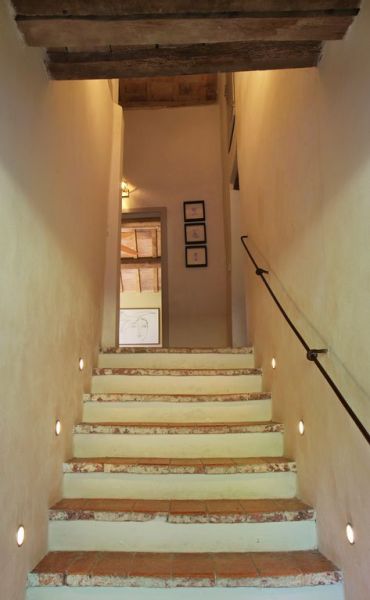 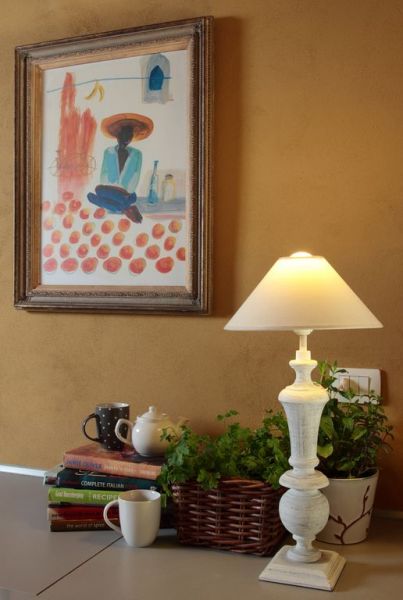 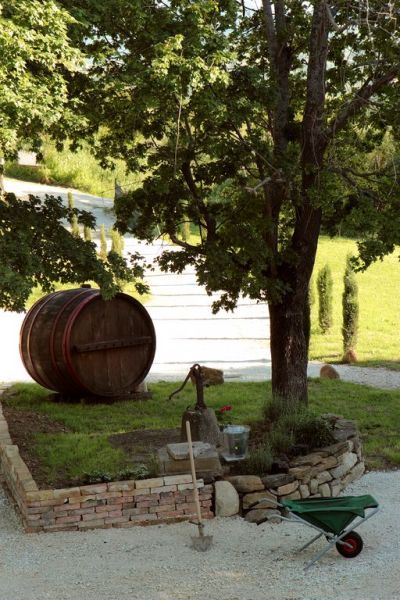 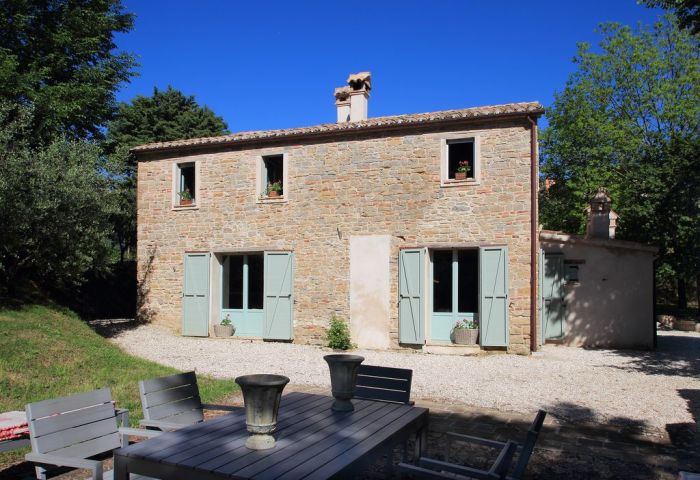 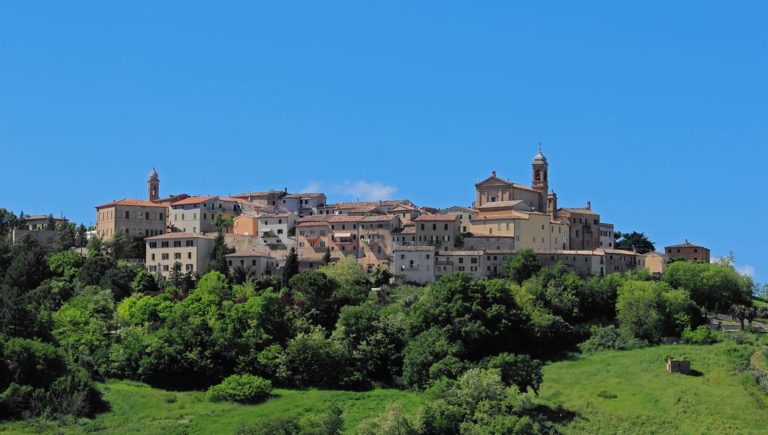 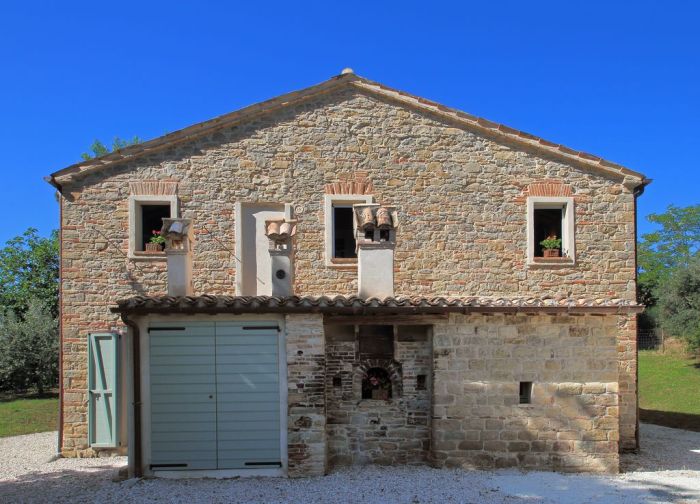 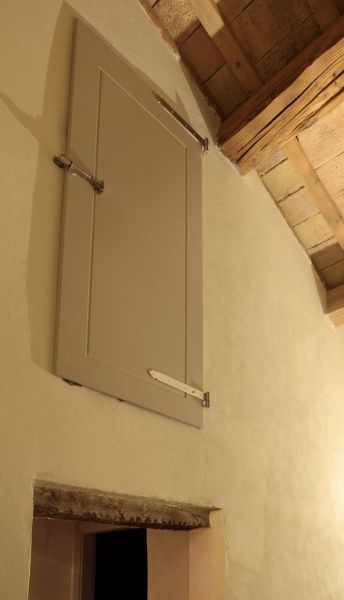 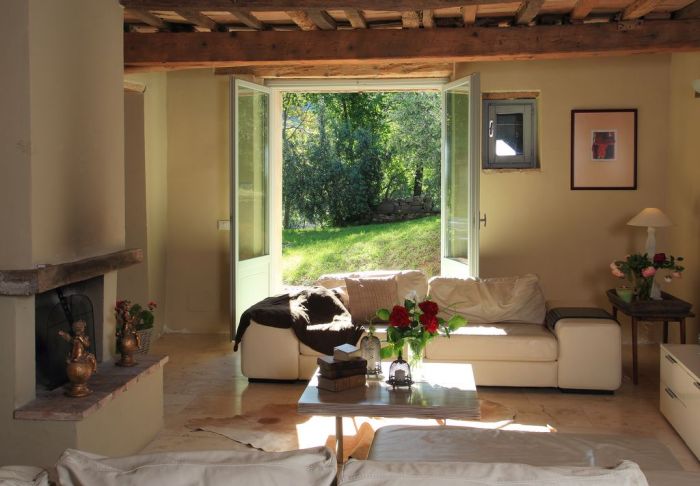 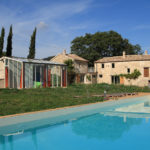 Farmhouse in Cingoli: renovation and restoration 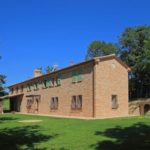