Renovation of a stone farmhouse upon the hills of Pesaro 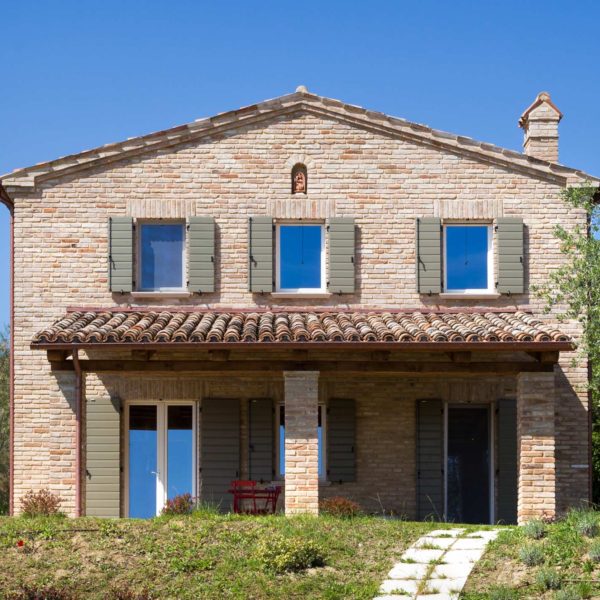 Stone farmhouse upon the hills of Pesaro overlooking the sea

Among the hills of Pesaro, very close to the magical area of Urbino, this stone farmhouse to be restored was located at a very short distance from the road, thus not allowing great freedom of movement and not allowing the structure to be equipped with a courtyard perimeter. Because of the steep terrain towards the countryside, the renovation project lasted a total of 16 months. The house was completely demolished and its shape was moved exactly 8 meters away (going backwards from the road), to guarantee a large perimeter surface to be used according to every need or request and above all to be able to enjoy the close relationship that the ground floor of the house has with the green garden in every side.

During the works, the stone farmhouse was divided into two units, one to the east and one to the west, both with a porch. The panorama from the porch leaves you breathless: the sea in the distance and the green hills give a sense of peace and tranquility.

Since it was previously made of stone and as often happens during the renovation of houses with demolition, the walls, as well as its antique tiles, were recovered and reused, to allow the structure to have the original skin on the outside. Indoors, it was decided to enhance the earthquake proof and thermal features of the building, adapting it to new needs. The interior of the stone farmhouse is also minimal and modern, with design elements.

During the renovation, it was decided to add even more outdoor comforts: the infinity pool overlooking the picturesque panorama. In addition to this, there is an old barn that has been reused by covering it but keeping the four sides open, like a gazebo with a wood oven for dinners and lunches in summer. Under this gazebo, there is the underground garage useful for both real estate units. 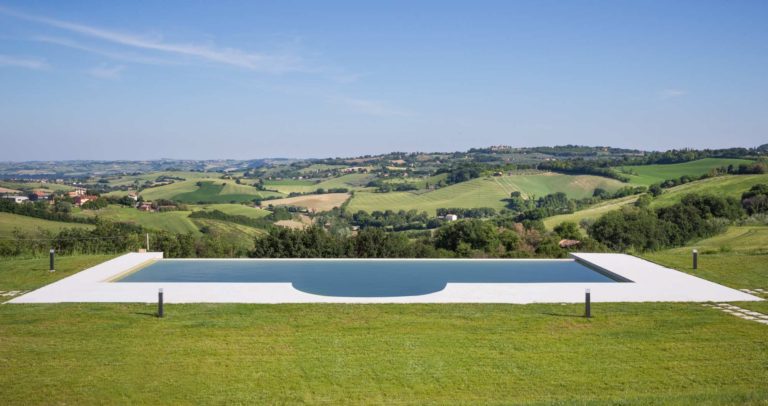 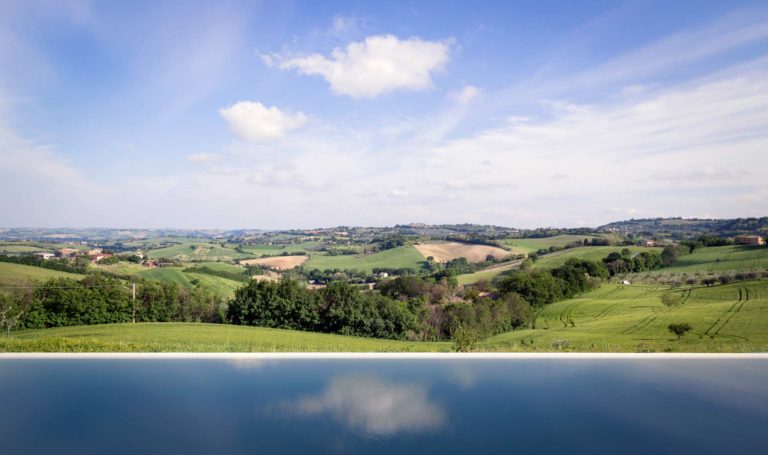 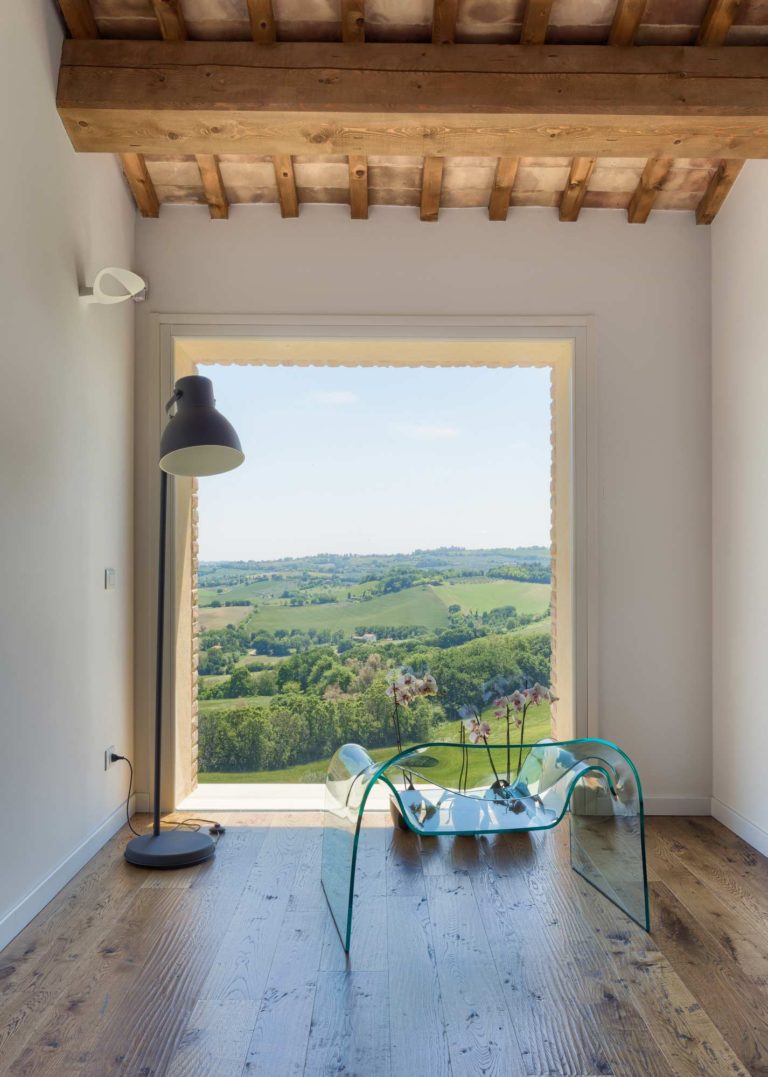 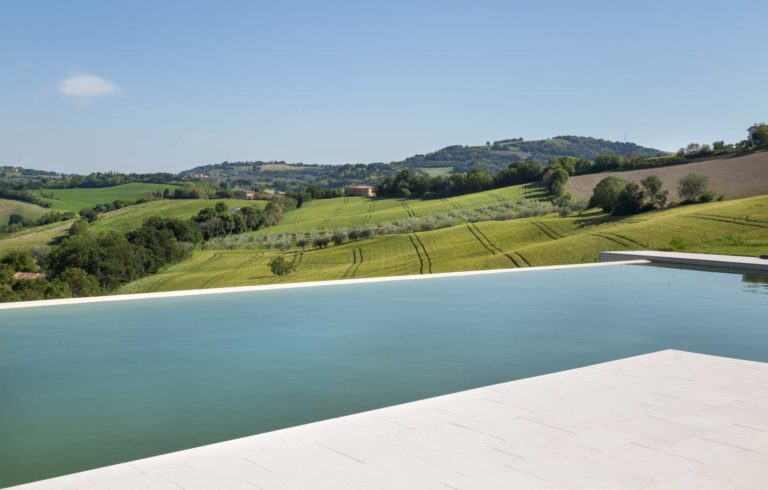 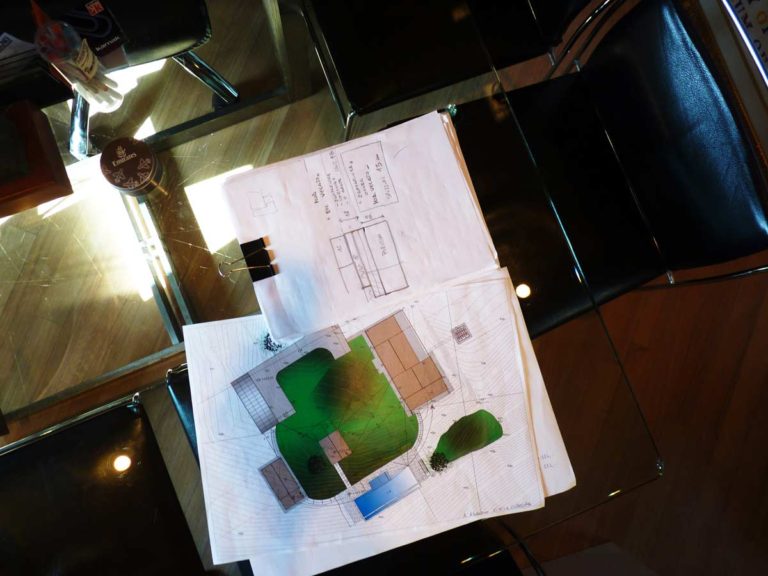 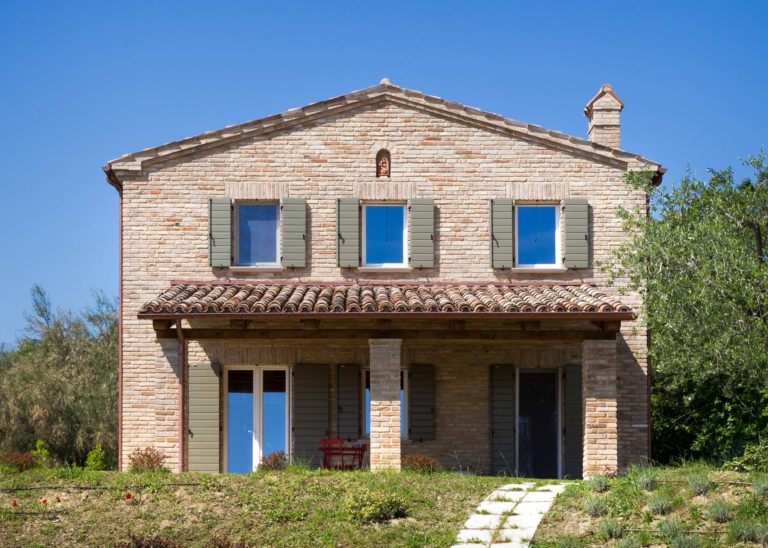 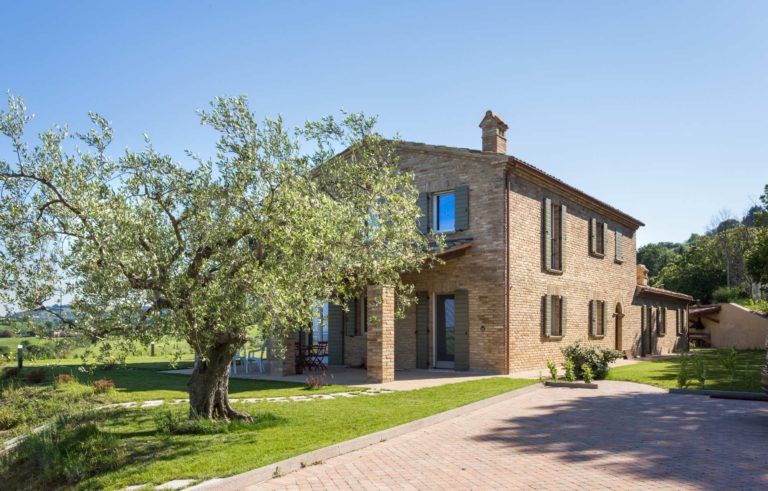 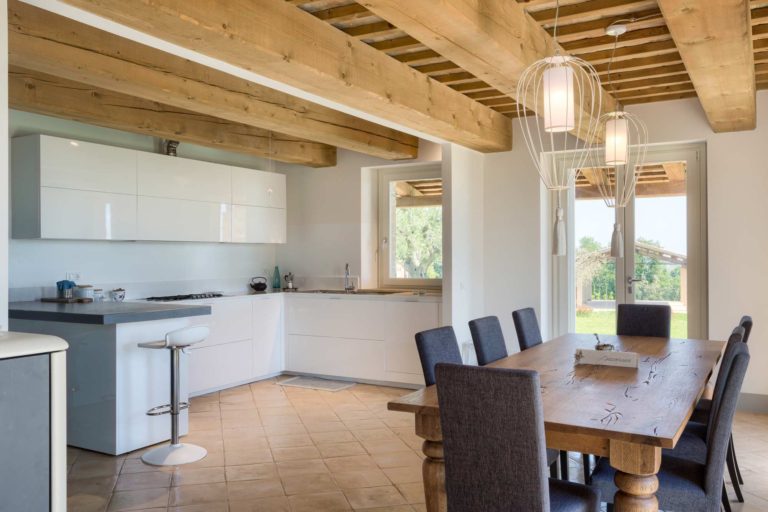 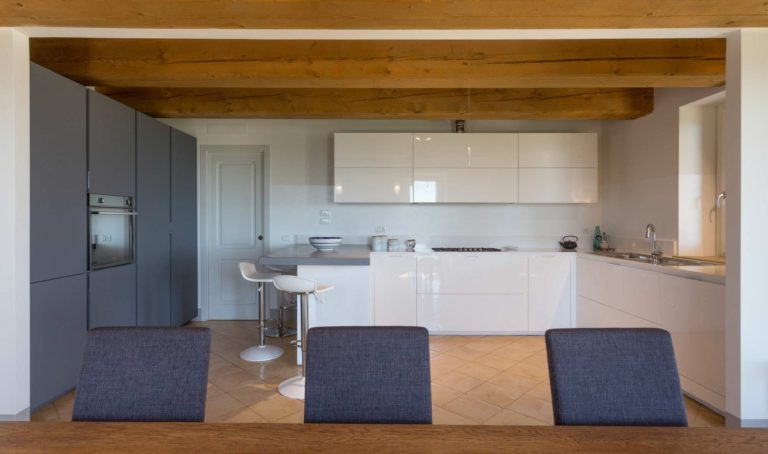 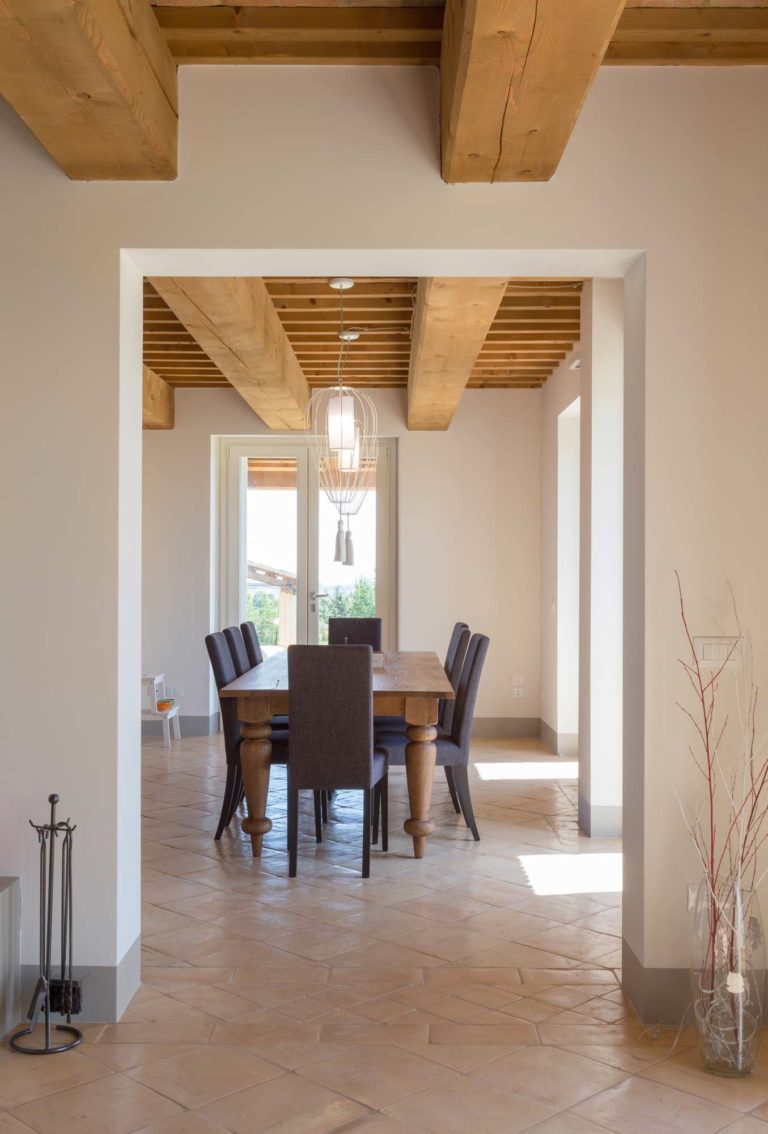 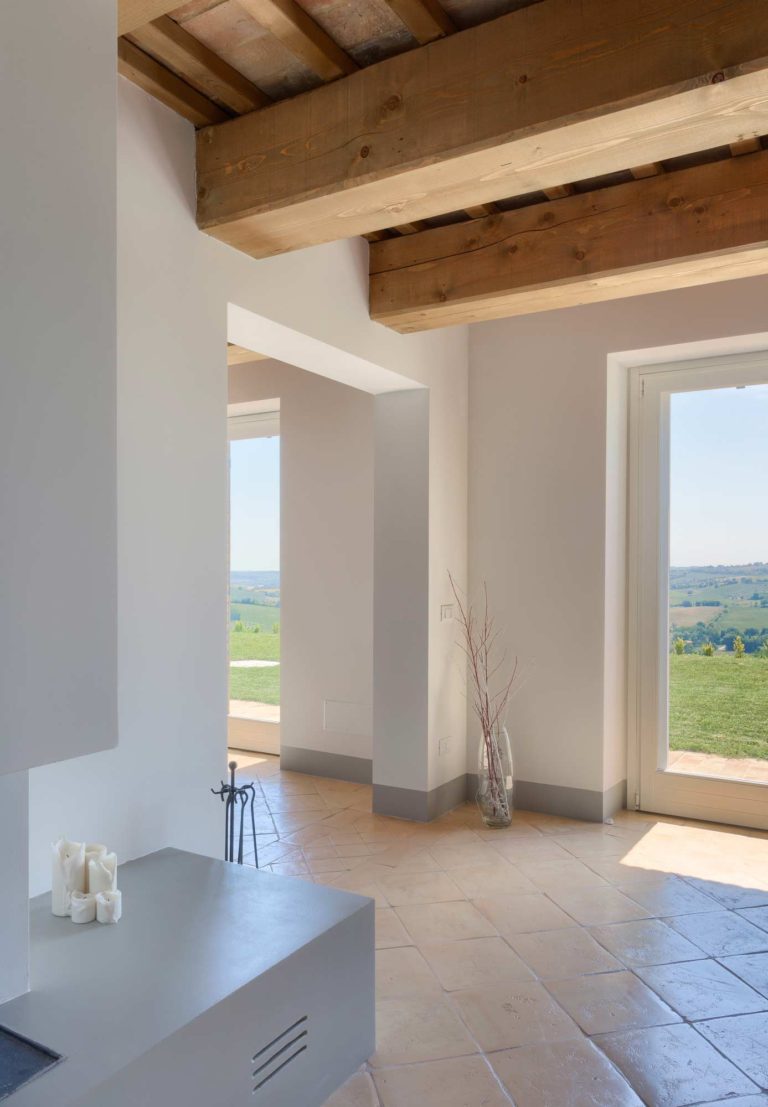 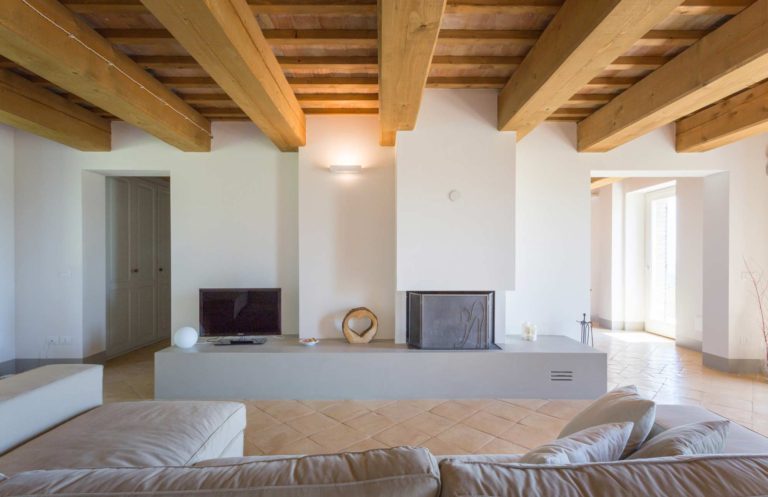 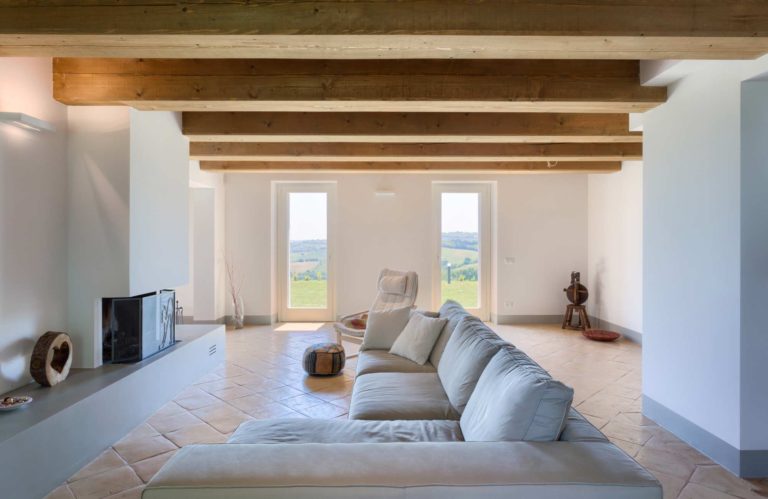 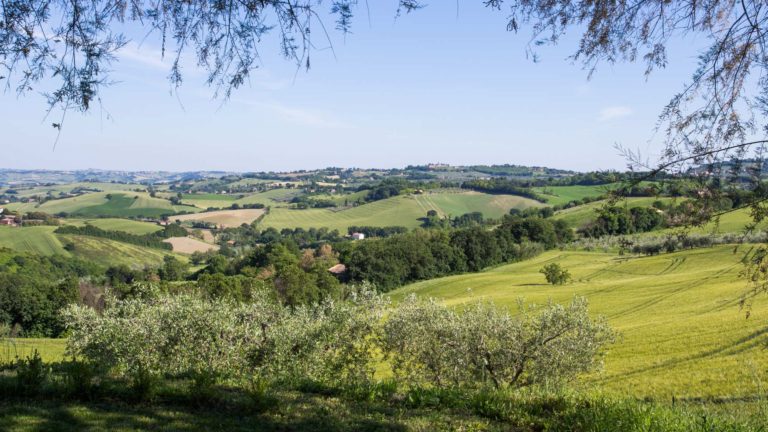 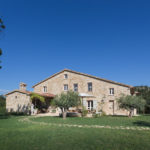 Renovation of a farmhouse upon the hills of Apiro 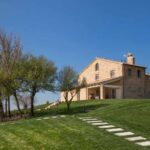