Farmhouse upon the hills of Jesi 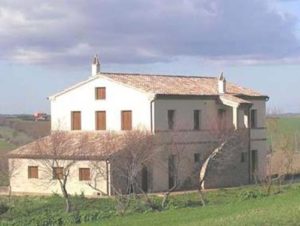 Restoration and renovation of a farmhouse upon the hills of Jesi

It is a typical building of the countryside in the region Marche, with a gabled roof and external staircase, and has been restored with a partial demolition and subsequent reconstruction using exposed bricks due to the bad conditions in which it was kept. This farmhouse upon the hills of Jesi, located in Mazzangrugno, near Agugliano in the province of Ancona is characterized by a very evocative rural landscape, the ideal place to enjoy tranquility and contact with nature.

In relation to the project, it has been designed keeping the original features of the building, starting from the disposition of windows, which was not changed at all, except for the opening of some windows on the first floor, to allow the enjoyment of the surrounding panorama. The window on the tympanum is the only one that was enlarged among all the original windows that were actually plain and narrow.

In relation to the size of the rooms, the surface remained the same of the original house and the interiors of the farmhouse are minimal in an almost monastic way, which means that the rooms are very clean, spacious and airy due to their lack of furniture. Among other things, even the color has been kept and duplicated as it appeared when the house was found, a typical white of the post-World War II era that was previously very rare to find.

The actual will of the owners, as you can see from the picture of the farmhouse, was not only to respect but also to keep the history of the house, not filling it and not manipulating it too much, but simply maintaining it as it was made with the structure of the roof. The roof was in fact demolished and then replaced as the previous one: restored hand-made beams, slats and tiles were used in order not to lose the important and typical tradition of the place. 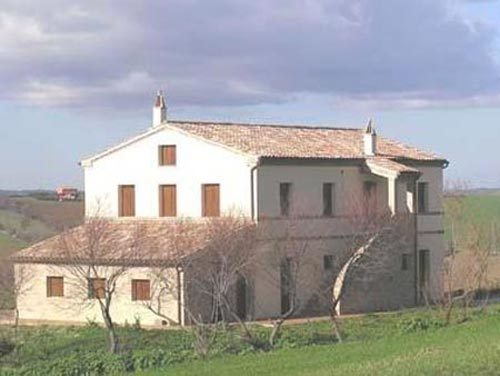 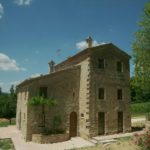 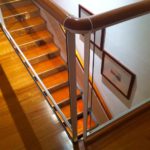